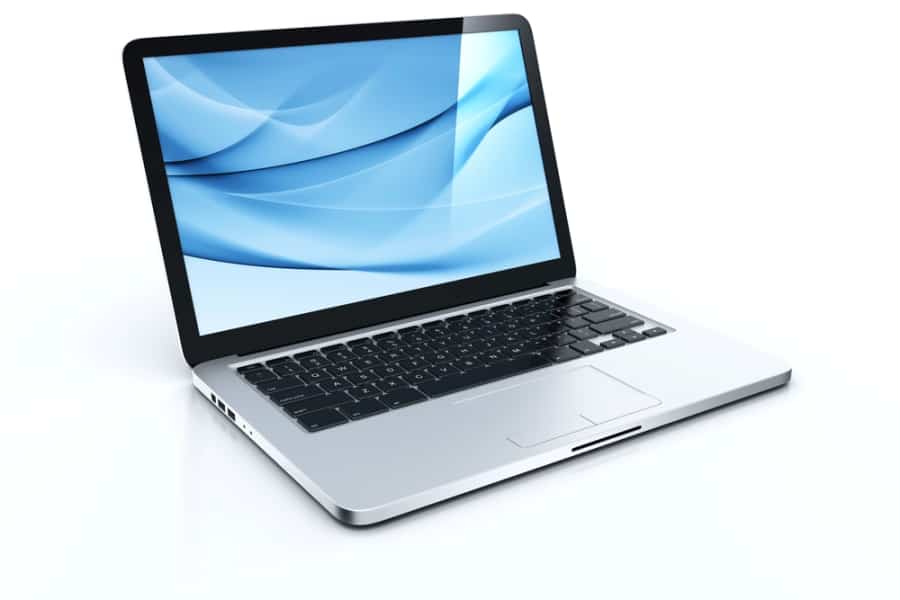 Is a laptop considered to be a PC or desktop computer? As technology changes and advances, the terminology is also updated. It can be difficult to keep up with the latest terms.

Many people wonder whether a laptop is considered to be a PC or if it is a desktop since it has a lot of the same functionality today. A laptop is still a PC, which stands for personal computer.

It qualifies as a PC because it is a good size and price and has the right capabilities to make it practical for people to use at home. A desktop computer is different from a laptop.

It is a computer that is not portable, and it usually has a separate monitor, mouse, and keyboard. Continue reading to learn all about computers and how the terms have changed over time.

The term Personal Computer was first used back when IBM created one for home use. Over the years, PCs have become very common, and most people have one in their home for personal use.

Although the term PC doesn’t have the same meaning as it had in the past, it is still used to distinguish a Windows based computer from an Apple computer because they use different operating systems.

A PC is any computer that is designed and suited for individual use, so laptops are PCs. However PCs include desktops, all-in-ones, tablets, and any other devices that are designed for personal use, as long as they use the Windows operating system.

Apple computers and devices are not considered PCs. The laptop can be placed in the subcategory of portable PC because this is the distinguishing feature of a laptop.

Although you can use your laptop at home as you would use a desktop, it is not considered to be a desktop. The reason is that it is portable and can travel with you easily.

Laptops also work on batteries and they can charge anytime you plug them in. The desktop is not portable, not battery powered, and difficult to transport.

Laptops have been around for about 40 years, and back then the first item resembling a laptop was a portable typing machine. They have come a long way, and today they are fairly common.

Although laptops and desktops are both personal computers, there are some key differences between them. Understanding them will help to distinguish these two devices.

What Do Laptops and Desktops Have in Common?

While laptops and desktops are not in the same subcategory, both are considered to be personal computers (PCs). Because they are both PCs, they actually have the same functionality and components. They are built using the following components:

If you are using a Windows based PC, both laptops and desktops use the same operating system. They function the same way, so you won’t notice a difference in the software whether you are using a desktop or a laptop.

In addition, laptops have become very powerful, and they have plenty of memory so that they can function well. There are very few applications today that require a desktop PC over a laptop PC.

However, there are some differences between the two. The laptop is a smaller item and has all of its components in one piece, which means that there is less room. There are differences in the engineering of these two devices.

How Are Laptops and Desktops Different?

Laptops are designed to be as light and portable as possible, so manufacturers try to put all of the same components into a much smaller case.

The smaller case makes it more difficult to offset heat and leaves less room for extra RAM, storage, and more. Take a look at some of the most significant differences.

Laptops are more portable: Laptops are designed to be portable, and this makes them different. They fold up, and they usually weigh between two and eight pounds.

A desktop, on the other hand, will weigh as much as 20 to 30 pounds, and it has separate components that make it difficult to transport and move around.

There isn’t room for a large fan inside, so they need to be made to function without overheating. Intel and AMD both make mobile only chips for laptops that are just a little slower than the desktop version.

Laptops have less powerful graphics processors: Under most circumstances, mainstream laptops only use integrated graphics that are built into the CPU. When you have a desktop, the GPU stands alone, and it is more powerful.

Integrated graphics are fine for most applications, but they are not great for modern computer games and applications that require a higher quality of graphics.

Laptops are harder to upgrade: When you have a desktop computer, you can add all kinds of components and make changes. You can even rebuild them and customize them.

This is not an option with laptops. You can make small changes, such as increasing the RAM or changing your hard drive, but it is difficult to swap other components.

Generally, your laptop will start to show its age after three to five years, whereas you can upgrade your desktop and make it last longer.

Laptops have a smaller screen: You can find larger laptops with screens as large as 17 inches, but they are usually smaller. Desktops usually start at 20 inches and have much larger screens.

This matters to people who need higher resolution and larger images. It can strain your eyes to look at the details of high resolution images on a smaller screen.

Do You Need Both a Laptop and a Desktop?

People often wonder if they need both a desktop and a laptop. The answer depends on your needs and your budget. If you want both and can afford them, there is no reason not to go ahead and have them.

It allows them to continue working when they are traveling or away from home. Take a look at some of the reasons you might want one versus both PCs.

Both a Laptop and a Desktop:

Although these are considerations for who needs a laptop, a desktop, or both, it all comes down to your personal choices and your budget.

No matter which one you purchase, you will likely spend between $500 and $1,000 on a decent PC. If you want to buy both, you will need to double your budget.

If you want both but it doesn’t fit into your budget, you should consider which one is the most important for you, and then save for the second PC while you are using the other.

If gaming is your thing, you might need to start out with a desktop. However, if you travel often and need a PC for work or school, then you will want to start with a laptop.

It can be difficult to keep up with all of the latest terminology because technology is advancing so rapidly and terms are changing regularly.

People often want to understand the differences between laptops and desktops and what a PC is. The easiest way to remember the difference is to think of a laptop as a portable computer that is easy to take with you.

It will have the major components in one single case, and it just folds up to go with you. A desktop is usually made with multiple components, including a computer, a monitor, a keyboard, and a mouse.

It is difficult to take with you because it is heavier and bulkier. It is designed to stay on your desk. Laptops and desktops are both PCs because they are designed for personal use.

Laptops have come a long way, and although they still fall short of desktops in terms of graphics and speed, they are quite functional for many people. You need to look at how you plan to use your PC and choose the one that is best for you.